Major improvements in the new SceneScan firmware allow the already fastest 3D stereo vision system on the market to increase its image processing performance even further. Now passive 3D depth sensing is possible with up to 135 fps!

By following this link you get directly to the new firmware version 7.0.0.

The most significant increases have been made in the processing of color images. Now, 13 fps can be achieved at a resolution of 1600 x 1200 with a disparity range of 128 pixels. At a resolution of 1024 x 768, even up to 32 fps are possible, which means a doubling of the previously possible performance.

For monochrome cameras, 13 fps are now possible for a configuration of 2016 x 1536 at a disparity range of 128 pixel, where 7 fps used to be the maximum with the previous firmware.

These changes have been made possible by further optimizations to Nerian’s algorithms and their implementations. For many configurations, the Gigabit Ethernet throughput is now the limiting factor, as SceneScan achieves a through-put that is above 900 MB/s. For low-performance systems, where such high data rates are a concern, SceneScan also offers the option to only transmit the disparity map (the inverse depth map) and no camera images. This significantly reduces the required network bandwidth and can allow even higher frame rates!

Performance improvements for our recommended configurations at a glance:

Here you will find all relevant and revised documents:

If you are interested, our sales department is always at your disposal: 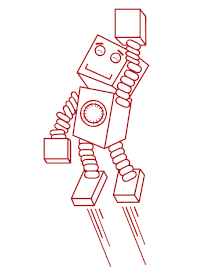 A new 3D stereo camera model in the Karmin3 family

Part 2 of the Machine Vision World Tour with Nerian

Part 1 of the Machine Vision World Tour with Nerian